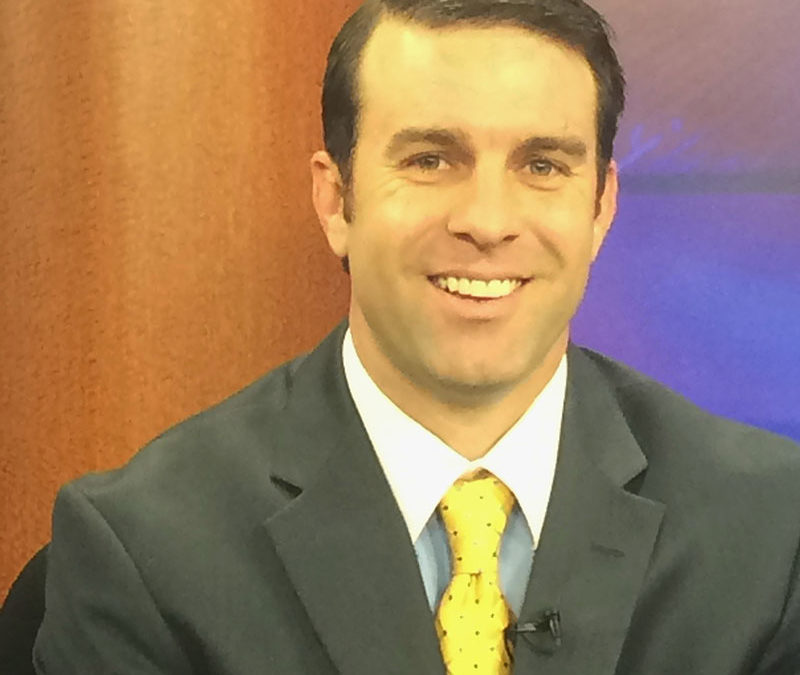 My story starts like many of others. I was Carolina born and raised in a middle class house hold in Raleigh North Carolina. My dad was a former Vietnam Vet who used his G.I. bill to go back to school after he got out of the military to become a civil engineer. My mother was a UNC Chapel graduate of the dental hygienist school that changed into a grade school teacher when my brother and I started elementary school. We had a very average upbringing where at a young age I saw how hard my parents worked and that work ethic was instilled at me at a young age.

When I was 7 years old between the summer of my third and fourth grade years my life changed forever. While on vacation in Myrtle beach that summer I started developing a severe stomach ache. After being rushed to the hospital and having my appendix taken out they realized that there was a grapefruit sized tumor in my stomach. I was immediately airlifted back to Raleigh and eventually made it to the UNC Chapel Hill Childrens center where I spent the next few months getting more procedures and surgeries done. There were 8-10 other kids with me in this children’s ward and while I would eventually be released with a clean bill of health, there were many other friends that I had made that were not so lucky. That near-death experience at such a young age changed me and I made a decision very early on in my life that I would live it a different way and with a passionate purpose to help those in need.

Fast forward numerous years after graduating high school and while attending North Carolina State University I started my first company. With the internet boom that started in the late 1990’s I knew I had to get involved and tried my hand at an e-commerce company. Though this company eventually would not succeed I knew that I had caught the entrepreneurial bug. By the time I was 27 years old I became fed up with corporate America and working for fortune 500 companies and left that forever to start my own business again. This would become the second most transformative experience of life right behind my health scare earlier on in my life.

I couldn’t have started this business at a worse time though. With the great recession in full swing in 2008 it was very difficult to lock down capitol in Wilmington NC where we were living at the time. So my fiancé Beth (whom became my wife in 2009) and I decided to go all in and drained my 401k, went out and bought a truck and moved forward with creating a locally sustainable company that would be a supplier for Biofuel.  We quickly outgrew Wilmington and immediately moved to Charleston at the end of 2008 where my wife had graduated from the college just a few short years earlier, Over 10 years later with the help from that initial truck, my wife, and the $8000 from my 401k, Low Country Grease Service Inc. has grown to a multi-million dollar company that turns more than 600,000 gallons of waste fryer grease into clean burning biodiesel fuel a year. Over the course of my career I am proud to say that we have turned over 5 million gallons of waste oil into a clean, green fuel for the Southeast.

With working with so many restaurant and service companies thru the years I became more and more disillusioned with government and the burden that it was not only putting on my small business, but that of all the other businesses I was serving. The final straw was having my first child born in the fall of 2013 where I got to experience to first true government shut down of my adult life. This is why in 2014 I sought and won the Libertarian nomination for Governor of South Carolina. I became even more infuriated as I became educated on all the waste, fraud and corruption that was going on in the legislature right down the road in Columbia. I was shocked to find that even in 2014 in S.C. that people were being fired from there jobs for their sexual orientation or that peoples homes were being raided by swat teams for playing a friendly home game of poker or that people throughout this state were having their children taken for consuming a personal amount of marijuana. Yet all the while government was continuing to grow and taxes were continuing to be raised on the hardest working people of this state. And yet billions of dollars, were, and still are, being given out to billion-dollar companies. I could not, and will not continue to stay silent.

Years later I now have two beautiful children with my wife Beth and the business continues to succeed. I have spent countless hours being on different philanthropic boards and spend a lot time working with another startup out of Houston. I have continued to stay active with the local Libertarian party and continue to be passionate about personal freedom, lower taxes and smaller government. I firmly believe that the two party system does not represent the vast majority of voters any longer and will work tirelessly to push for a strong, independent third party in the great state that I call home.